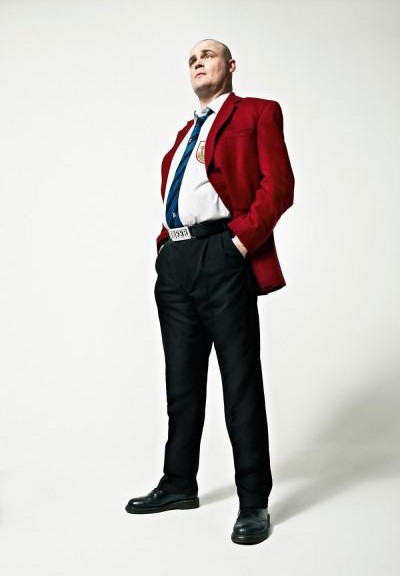 Al is one of the most recognisable and successful comics in the UK with his alter-ego, The Pub Landlord. His latest TV series Compete for the Meat (Dave), saw teams battle it out to win the coveted prize of a frozen chicken. His British Comedy Award Winning ITV1 series Al Murray’s Happy Hour has delighted both viewers and critics alike with his no nonsense treatment of his celebrity guests. He is also one of the few stand-up comedians to be asked by ITV to perform two Audience With’s…. Al’s sitcom Time Gentlemen Please (Sky One) has become something of a modern day cult classic and his series, Al Murray’s Multiple Personality Disorder (ITV1) saw him introduce a whole host of new characters and demonstrate his vast comedic range.
Al’s huge stand-up tours have made him one of the most popular live comedy acts in the country, with sell out shows including the O2 Arena. He won the Perrier Award (after a record four successive nominations) and secured Olivier Award nominations for both of his celebrated sell-out West End runs. Internationally, Al has forged an enviable reputation with numerous sell-out runs in Melbourne, Sydney, Montreal and New Zealand.
His Pub Landlord, Book Of British Common Sense, was a best selling title when published in both paperback and hardback with 300,000 sales. His second hit book Think Yourself British was published in hardback in 2009 and was followed in 2010 with his ultimate pub quiz book Al Murray The Pub Landlord’s Great British Pub Quiz Book.