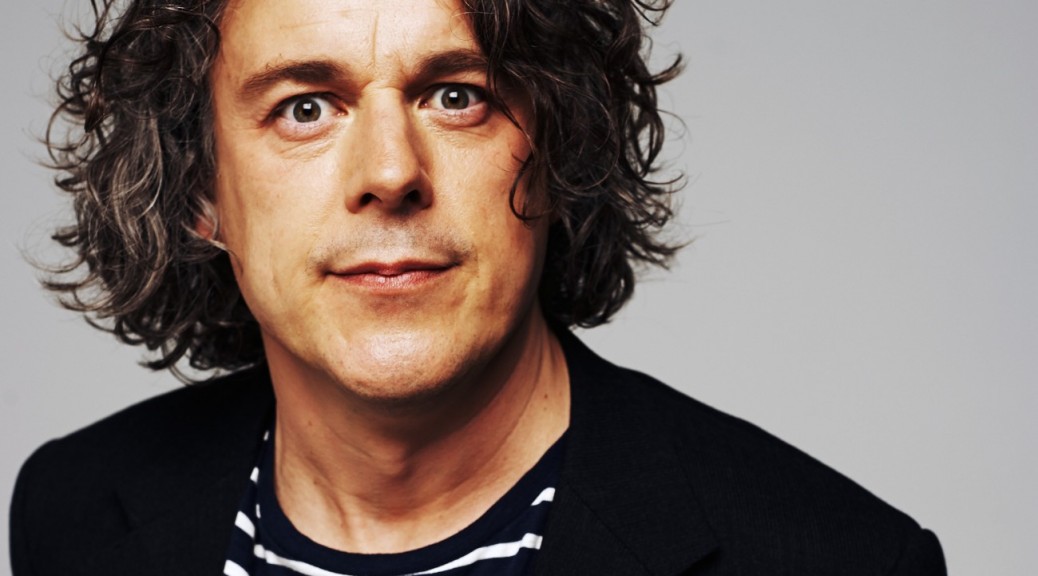 Alan Davies is widely known as an award-winning comedian, actor and TV personality.

After growing up in Essex, Davies studied drama at the University of Kent, graduating in 1988. The same year, he began his career as a stand-up comedian.

As early as 1991 he had been named Time Out’s Best Young Comic, and in 1994 won the Edinburgh Festival Critics’ Award for Comedy. His winning show was released as Urban Trauma.

He was soon acting for television, and has played a large number of comic and serious parts.

Most famous for his title role in David Renwick’s Bafta-winning comedy drama Jonathan Creek, he has also appeared in Bob & Rose, The Brief, Miss Marple and Hotel Babylon.

Next up, comedy-drama Whites starts on 27 September, on BBC2. Davies stars as a talented but disillusioned chef who is a little past his sell-by-date.

Very well known for his pairing with Stephen Fry on cerebral panel-show QI, he’s big on Twitter, produces an Arsenal podcast called It’s Up For Grabs Now, has written a book (My Favourite People and Me 1978-1988), and appeared on stage, film and radio.