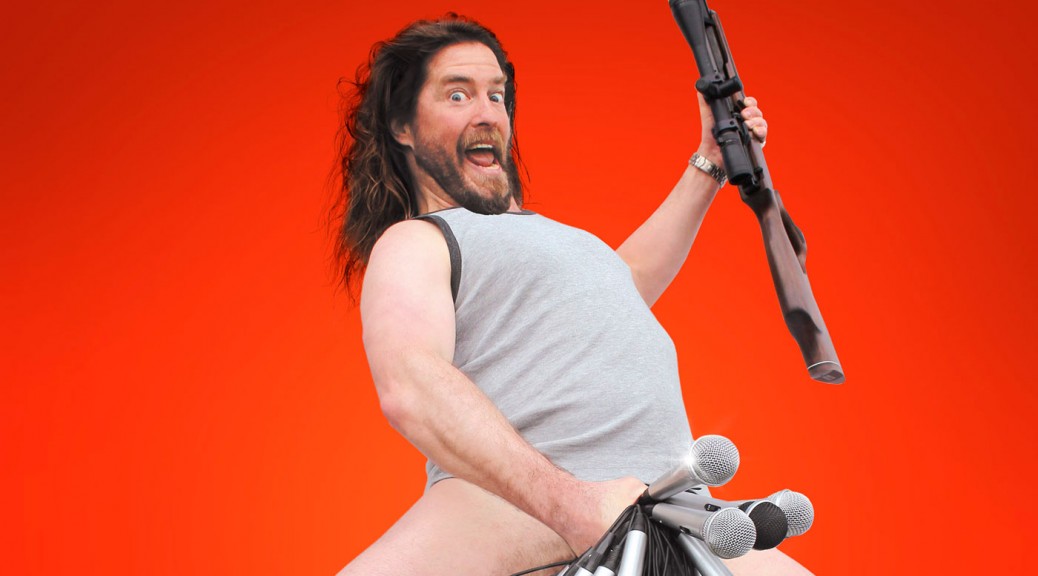 Craig Campbell is a formidable stand-up, one of the most charismatic and inventive performers around. He has made appearances on Michael McIntyre’s Comedy Roadshow, Russell Howard’s Good News and Dave’s One Night Stand.In August last year, Craig performed his new show Craig Campbell’s Thrilling Mic Hunt at the Edinburgh Festival to a sold out run, following which he took the show on a nationwide tour in November and December. Craig Campbell’s Thrilling Mic Hunt has now been extended into 2014 with another 31 dates in the Spring. In the first half of 2013, Craig recorded a DVD of his show Craig Campbell Live at the prestigious London Bloomsbury Theatre, as well as touring as 1/3 of The Lumberjacks alongside Stewart Francis and Glenn Wool, following on from their acclaimed Edinburgh run in 2012.In October 2014, Craig is set to perform as part of the world’s highest comedy gig Stand Up on Everest at Mount Everest Base Camp at 5365m above sea level. Stewart Francis, Glenn Wool, Terry Alderton, Simon Evans and a Special Guest will be joined by up to fifty eager fans on a gruelling nine day trek high into the Nepal Himalaya in aid of the charity Save the Children.In Spring 2011 Craig toured nationally in his own right with Craig Campbell Live, extended twice due to popular demand, notching up over 120 dates nationwide and continuing into Spring 2012. Craig supported Frankie Boyle in 2010 on his record-breaking national tour, playing to an audience of over 300,000 nationwide. Craig re-joined Frankie on tour in Autumn 2012. Craig first appeared alongside Tony Law and Dan Antopolski as part of comedy trio The Dinks. Their debut Edinburgh show in 2003 was both a critical and box office success, leading to an invitation to perform in the Best Of Edinburgh programme in New York.2008 saw Craig depart from his traditional stand-up, when he wrote and performed his own, innovative, one-man play, Mr Eyetwister, allowing Craig to stretch his acting muscles and demonstrate ‘his ability to construct a thrilling narrative, whilst keeping his cards held firmly to his chest until the very end’ (Edinburgh University Press) Once the notorious host of Canada’s legendary Ed’s Night Party, Craig has appeared as a featured guest live with Jim Carrey and on ‘Mountain Madness’with Dennis Miller as well as starring on ‘Just For Laughs’ and in an episode of his own CBC ‘Comics’, as a special note Craig was lucky enough to be introduced by John Candy at his first ever appearance at the Just For Laughs festival. Since relocating to the new home he loves in Devon UK, Craig has appeared as presenter of Sky One’s hit series From Wimps to Warriors, recorded Comedy Cuts (ITV2), Mitch Benn’s Musical Comedy Show (BBC Radio 4), Out To Lunch (BBC Radio 2), Comedy Shuffle (BBC Three),Comedy Blue and Edinburgh and Beyond, both for the Paramount Comedy Channel.