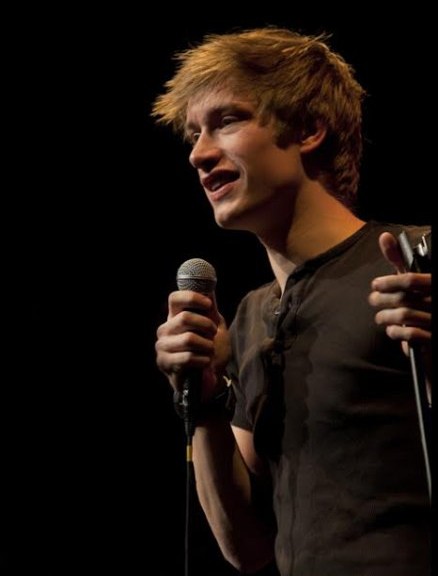 “HE’S CHARMING, SELF-DEPRECATING AND GENUINELY FUNNY”  Time Out, London
Daniel started writing and performing stand-up aged 16. He has appeared on the major UK TV shows including Michael McIntyre’s Comedy Roadshow, Mock The Week, Set List and Russell Howard’s Good News, starred in his own BBC show, The Adventures Of Daniel, gave a prestigious Tedx Talk, released his debut DVD – all by the time he was 22. In February 2014 he became the first comedian ever to perform twice within 2 months on the USA’s Conan O’Brien Show when he was asked right back after his incredible first set….
“METEORIC… SLOSS IS BLESSED WITH A SHARP MIND AND A POTENT STAGE PERSONA… ★★★★   The Scotsman
In August 2008, when he was just 17, Daniel became one of the youngest-ever finalists in the UK’s premiere comedy competition So You Think You’re Funny? at his first-ever Edinburgh fringe. Since then he has brought a new solo show to the fringe every year – and sold it out. In fact, for the last 3 years Daniel has actually been one of the biggest comedy stars at the fringe, playing to over 10,000 people each season at the Edinburgh International Conference Centre (EICC), and going on to do massive UK tours with 50+ dates all over the UK.
Daniel has also toured internationally throughout USA and Australasia and USA, and in 2012 (aged just 21) performed a prestigious solo season at Montreal’s Just For Laughs Comedy festival.
“NOTHING SHORT OF HYSTERICAL…A STUNNING SHOW OF OBSERVATIONAL HUMOUR” Sunday Express
In October of 2014, Daniel embarks on his first major European Tour; Daniel Sloss – LIVE! He will perform in 16 different countries on his whistle stop tour – don’t miss this incredible comedy phenomenon. Be sure to book early!
Plus Special Guest Kai Humphries **
Winner Scottish Variety Awards, Best New Scottish COMEDIAN