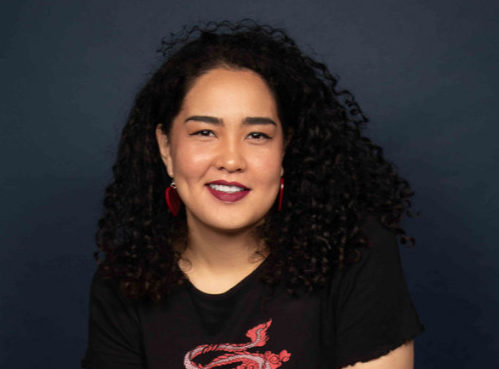 Erika’s razor-sharp, dark and visceral writing paired with precise delivery makes her one of the most exciting young comedians on the circuit. Originally from Toronto, Canada, Erika now lives in the UK after completing the Comedy Writing and Performance Program at Salford University.

In 2019, she was crowned winner of the Chortle Student Comedy Award, was the recipient of the Mike Craig Comedy Award, and the Hot Water Roast Battle Champion. She has performed at the Edinburgh Fringe, Latitude Festival, and the Toronto Sketch Festival. Erika has recently written for the upcoming fourth series of Comedy Central’s Roast Battle.