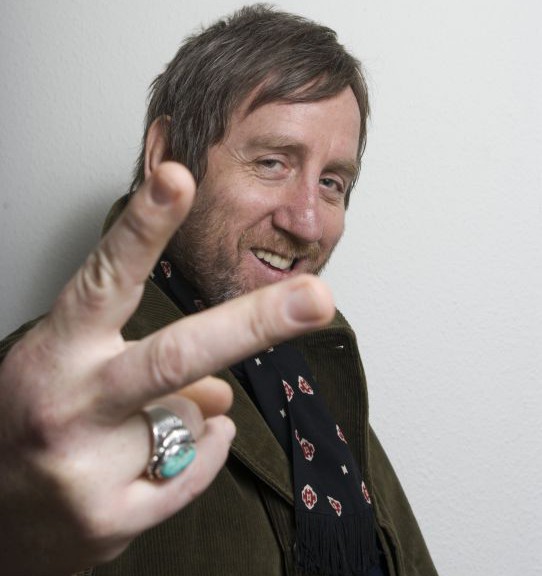 Formally a House Music DJ, Smiley’s humour is derived from Club Culture which he observes, dissects and belittles. His Belfast upbringing plays a strong part in his routine, ranging from family foibles all the way to religious bigotry. He’s not so much the boy-next-door, as the squatter downstairs.
As a stand up comedian, Smiley’s talents are now well established both in the UK and abroad. No stranger to the Edinburgh Festival, Smiley mastered his craft performing hugely popular solo shows and compering the Gilded Balloon’s notorious Late ‘n’ Live. As a host and compere he has worked with the likes of the BBC Comedy Awards, HOT, an MTV presentation of stand up, UK Art Fusion Tour and Defining A Nation, which combined new profiled UK writers with mixer DJs.
Smiley’s direct style coupled with his streetwise yet personable manner have made him a popular choice as TV presenter. Naked City, Butt Naked and Late License for Channel 4 and BBC2’s award winning comedy show, The Empire Strikes Back make up some of his TV presenting work. His unique style of presenting has also been extensively utilised on Radio by stations ranging from Kiss 100 to BBC Radio 4.
Overseas work includes solo shows at the Dublin Fringe, the Adelaide, Melbourne, New Zealand and Cape Town Comedy Festivals, whilst he has also performed short runs in Amsterdam and Hong Kong. Stand up TV work includes The Comedy Store for Channel 5 and Live at Jongleurs for ITV / UK Gold.
Smiley is also an established film and television actor, probably most well known for his role as Tyres, a techno cycle courier in the CH4 sitcom Spaced.