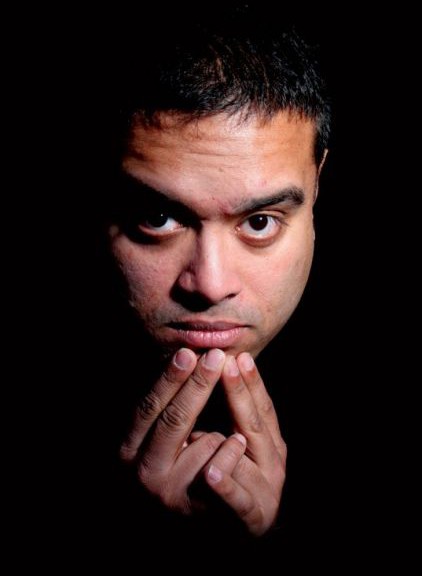 Medically qualified Paul Sinha is now a critically acclaimed international stand up comedian of many years standing who first achieved media recognition in 2006 when his solo show Saint or Sinha was nominated for the If.comedy (formerly Perrier) award at the Edinburgh Festival. Since then he has been something of a fixture on Radio 4 with the series Paul Sinha’s Citizenship Test and Paul Sinha’s History Revision as well as one off shows on cricket, the 2012 Olympics and Magna Carta. He has also made frequent appearances on Radio 4 favourites News Quiz, Just a Minute, and The Now Show and has registered several victories on Radio 5’s feisty weekly sports panel show Just a Minute.

As a live comic, Paul has performed several extremely well received solo shows, has had two national tours, performed in Beijing, Munich, Amsterdam, Barcelona and Tokyo as well as many non Olympic cities across the globe. He appeared in the first two series of the Stewart Lee curated tv show Alternative Comedy Experience and in 2014 Paul was voted “Best Club Comedian” in the annual Chortle Awards.

In addition to this Paul has carved out a further career as a professional quizzer, attaining grandmaster status in 2014, reaching a career high UK ranking of 7 in 2015. Since 2011 Paul has been one of the regular “Chasers” on ITV’s awardwinning quiz show The Chase.