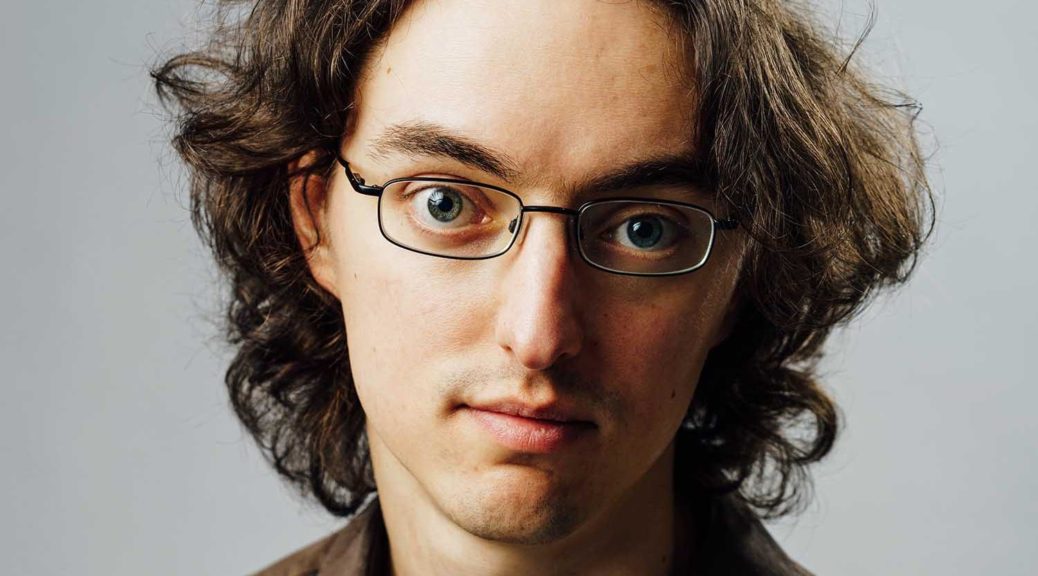 A highly distinctive performer and deft writer of finely crafted jokes, Peter Brush unassumingly takes the stage with his slight bespectacled frame and scruffy hair, before consummately conquering it with an arsenal of razor sharp quirky one-liners and peerlessly original routines, all delivered in an amusingly awkward fashion.

Peter was a finalist in a variety of local and national comedy competitions including the BBC New Comedy Award 2013, as well as winning the Harrogate Comedian of the Year 2012. He has written for BBC Radio 4’s ‘The News Quiz’, ‘The Show What You Wrote’ and ‘Newsjack’, and has been tour support for Alexei Sayle, Arthur Smith, Kyle Kinane, Justin Moorhouse, Stephen K Amos, Ellie Taylor and Jamali Maddix.

In 2015 he performed his debut solo hour ‘Older Than The Oldest Dog That Ever Lived’ at the Edinburgh Fringe Festival, receiving 4*+ reviews. That year he also performed as part of the prestigious ‘Big Value’ showcase run by Just The Tonic. In 2016 he returned to do his 2nd hour ‘Dreams with Advert Breaks’, which again received 4* reviews.

Peter is about to go on tour as support for Alexei Sayle in the UK in 2020, and  can  be seen performing at the most prestigious clubs across the UK including, but not limited to: The Stand, The Frog & Bucket, Top Secret Comedy Club, The Glee, Manford’s Comedy Clubs, Kill For A Seat, Komedia, Rob Riley Productions, Toby Jones Productions, The Last Laugh, The Comedy Club Ltd, Just The Tonic, Funhouse Comedy, Hot Water Comedy Club, Screaming Blue Murder, Buzz Comedy (Agraman), LOL Comedy Clubs, XS Malarkey, Barnstormers, Who Dares Grins, and various others.