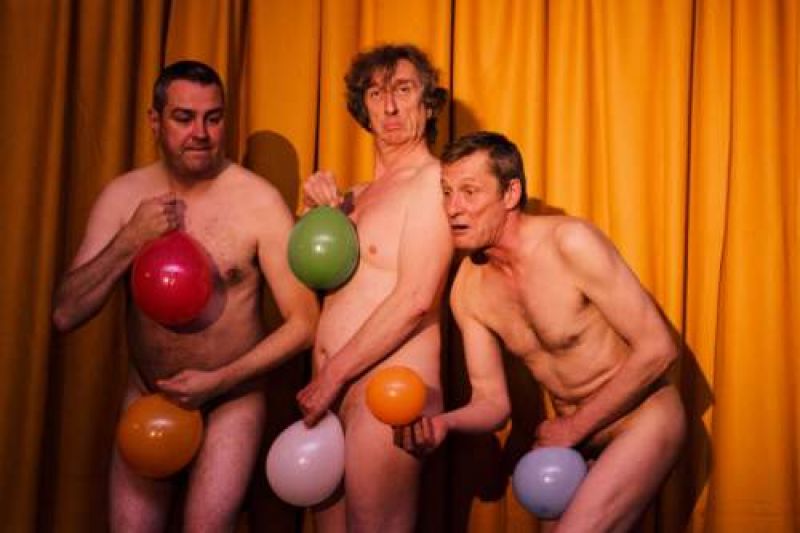 The surreal sketch group played a hugely important role in the development of Alternative Comedy.
Founded by Martin Soan and soon after joined by the late, great Godfather of Alternative Comedy Malcolm Hardee. The Legs were a regular feature at
Hardee’s Tunnel Palladium in Woolwich, alongside the likes of Rik Mayall and Ade Edmondson. Soon afterwards, in 1979, The Comedy Store opened in
Soho and The Greatest Show on Legs became regulars there, too. Their breakthrough came in 1982, when they performed their naked balloon dance
on Chris Tarrant’s anarchic late-night TV show O.T.T.

The Greatest Show on Legs was originally a one man Punch & Judy Show started by Martin Soan as a teenager. The name came about because Martin
found that if he wore his puppet booth over his shoulders and had his stockinged legs sticking out of the bottom he could easily carry the
show from pub to pub. This bizarre arrangement gave a very distinctive look but also enabled him to scarper from the law if necessary. Malcolm
Hardee, fresh out of jail, became Martin’s bottle man and driver and the The Legs soon evolved into a surreal sketch comedy group with an ever
changing line up.