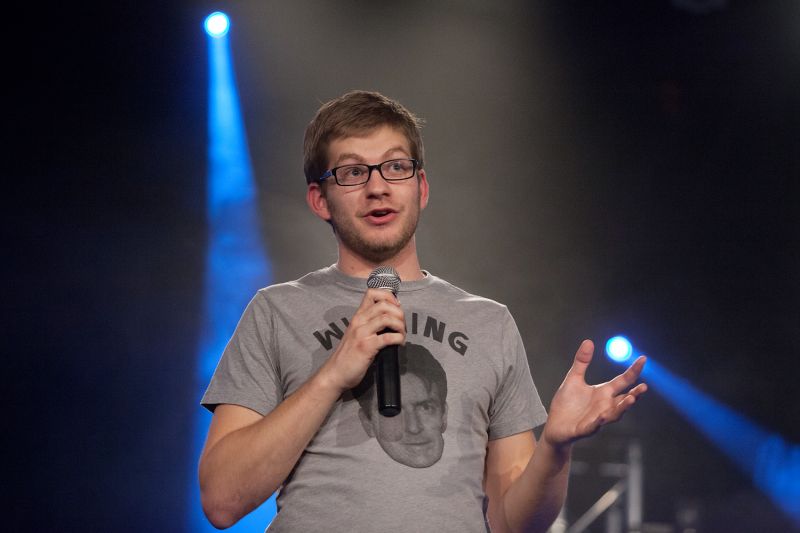 Thomas Wiesel was born on July 10, 1989 in Lausanne, Switzerland. He grew up quietly and nerdily, avoiding bullies by trying to be funny. He moved to London at age 8 and proceeded to avoid bullies by being foreign and lost.
Back in Switzerland, he went through high school avoiding girls by being awkward and romantic and enrolled at the University of Lausanne in Business. Upon graduation, and after a year at the University of Michigan, he decided that what people in Switzerland needed were more laughs, not more money, and he turned his back to the business world to face the audience. He performs in French and English and wishes he could be Jon Stewart.
His very first performance as a comic in Switzerland was in English on the ICC stage in Geneva in 2010. He is now gaining something of a reputation in the Swiss French comedy scene and the ICC is delighted to have him as regular host for Geneva and Lausanne shows from autumn 2012