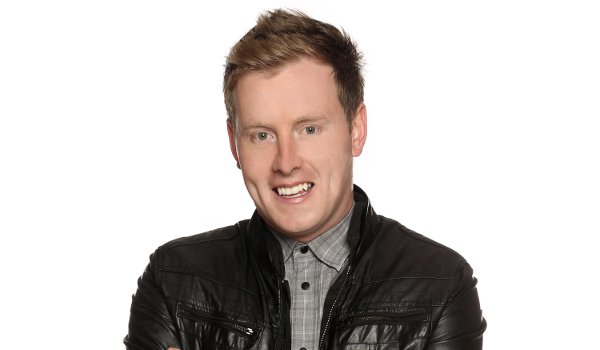 Irishman Andrew Ryan is one of the most exciting talents in recent years; in demand as an act and an MC at the biggest comedy clubs across the UK & Ireland.

Andrew’s quintessentially Irish storytelling abilities and cheeky, friendly demeanour make him a natural observational stand up. He performed his debut hour show ‘Ryanopoly’ at the Edinburgh Fringe Festival in 2012, receiving rave reviews (‘Illuminating debut ★★★★’ – The Metro). In 2014 he returned with his latest show ‘The Life of Ryan’ playing to packed out rooms (‘Going to be a huge star ★★★★’ – Timeout). In 2015 he was at the Edinburgh Festival with his latest show ‘Perfectly Inadequate’. Selling out his run at the Festival and having to put on extra shows.‘Hard not to enjoy’ ★★★★ Daily Record. ‘An hour of hilarious comedy’ ★★★★ Edfestmag.

He returns again to Edinburgh in 2016 with he new show ‘Ruined’.

He has performed stand-up on BBC3’s Russell Howard’s Good News, Best of the Edinburgh Festival Live on BBC3, Live at The Comedy Store for Comedy Central, & Live for MIND on Comedy Central.