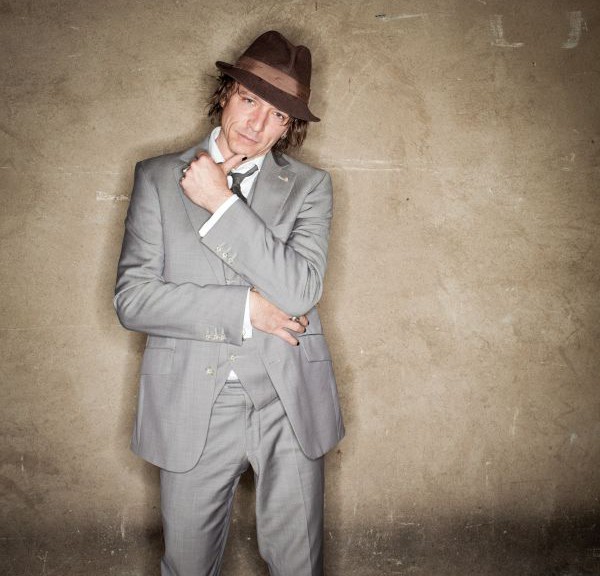 Bash (or Baschi as he’s known to Swiss fans) was a founding member of Switzerland’s most famous guitar band LOVEBUGS. Prior to that he was a member off Hazel O’Connor’s touring band performing across the USA. Since leaving LOVEBUGS in 2001 he went on to form Glam Rock outfit FUCKING BEAUTIFUL who have released 4 albums and BLOOD OF GOLD an acoustic duo who have released 2 albums. He has also won Song Of The Year in 2004, awarded by DRS3 for “Show Me What You Got”. In 2009 he started a successful music therapy project called “Stoffwechsel” in Basel which continues providing music experience and therapy for the underprivileged of Basel (oh yes!).
Bash met Guy Stevens in 1983 in the UK where they became lifelong friends.
The International Comedy Club Basel is delighted to have one of it’s most (in)famous sons as the new regular host for club shows from autumn 2012.