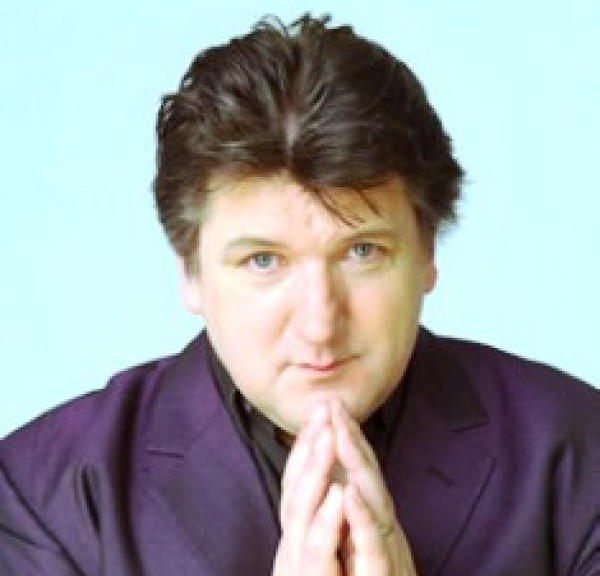 Bob Mills left school early to join the merchant navy – but quit just nine days into his training.
He drifted around London for a while, working valet in King’s Cross, until he discovered the alternative comedy scene, paying £1 to see Mark Thomas and Mark Steel at the Market Tavern in Islington in 1983. Two years later he started on the London scene himself.
He became best known for the late-night cult show In Bed With MeDinner, in which he commented on documentary video footage. He also hosted ITV’s daytime game show Win Lose Or Draw, as well as LWT’s There’s Only One Brian Moore and Dial Midnight, plus Not A Lot Of People Know That for BBC1 H
In 1995 he starred in Channel 4’s The Show, eight one hour programmes featuring fly-on-the-wall film of the making of a real chat show.
The following year, he wrote Bob Martin – a behind-the-scenes show about a fictional chat show that game Michael Barrymore his acting debut, but was criticised for being a pale British imitation of The Larry Sanders Show.
His writing career has also included the six-part comedy-drama Northern Lights, an episode of Channel 4’s Shameless and the 2006 film Pierrepoint that starred Timothy Spall as Britain’s last hangman.
A Leyton Orient fan, he occasionally appears on BBC Five Live’s Fighting Talk and writes a regular column in the Orient programme. He often sits in for Danny Baker on BBC London.