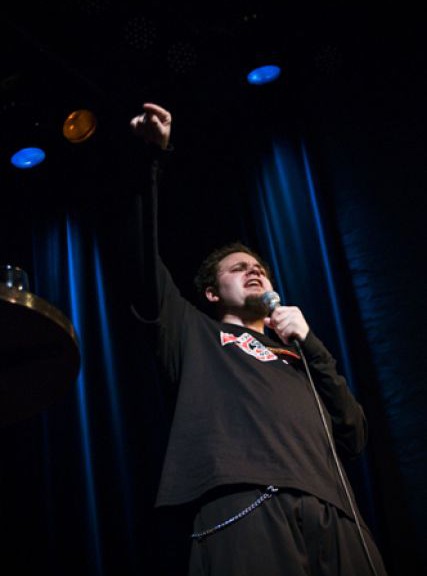 Following a successful stint at the 2010 Edinburgh Fringe festival and a week supporting Doug Stanhope in London, Norwegian comic Dag Sørås has now got a taste for the UK and plans to visit as often as he can as he says “Seizing on any opportunity to get me out of home country, which he describes as “the Soviet Union without the charm”
Dag Sørås won the heart of both Stanhope and his crowds the last time he was over here. Which means that you know the deal with one of Norways biggest stars, this is dark and uncompromising comedy for those that don’t care for being patronised or pandered to”.
“I’ve been quoting Dag Sørås bits to anyone who will listen since working with him in London. If he didn’t work in English as well, I’d suggest you learn Norwegian and then go see him. Just be sure he eats before you start feeding him drinks at 7 in the morning.” – Doug Stanhope
“His grim nihilism brings a crucial sense of authenticity to his dark attitude (…) plenty of brutally funny lines which could make him a quite a force in sick comedy.” – Steve Bennett, Chortle UK
“From the land that gave us trolls, Ibsen and A-ha comes Dag Sørås, recommended by no less than Doug Stanhope himself (…) Sørås is dark, but Doug’s dead right.” – Kate Copstick, The Scotsman
“Sørås makes hilarious hay.” -Comedy Hairline
“Black is the colour, Dag Sørås is the name. To be found in bigger and bigger venues.” -The List Magazine