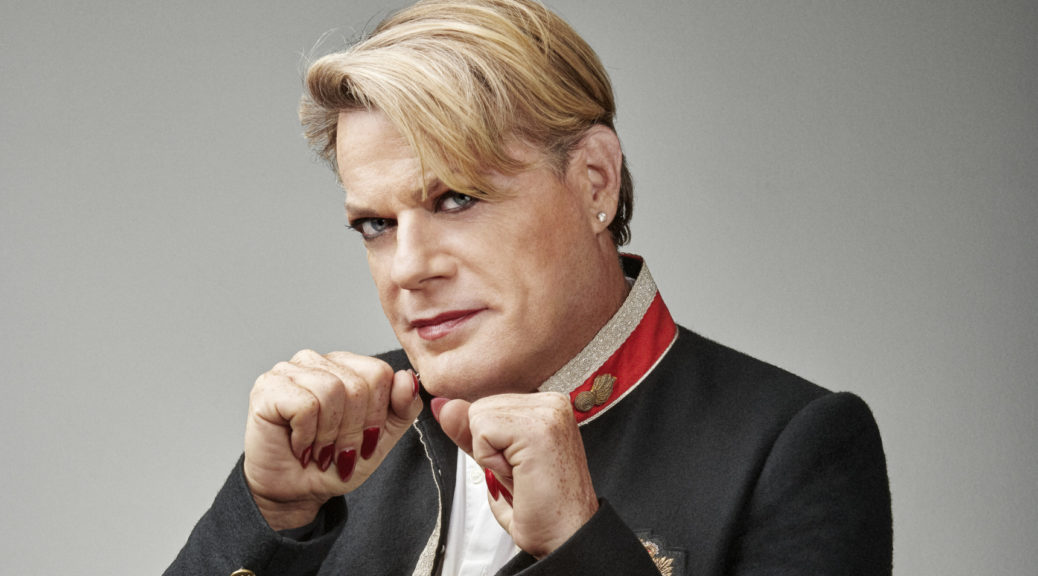 EDDIE IZZARD, the man who turned talking ‘Bollocks’ into an art form has performed and sold– out Madison Square Garden in New York and became the first stand-up to play a solo show at the Los Angeles’ legendary Hollywood Bowl.

He has performed at many of the major arena’s across the world, including the first ever stand up shows in English at Geneva Arena and Zurich Hallenstadion in 2013, as well as undertaking several residencies in both France and Germany performing his shows STRIPPED and FORCE MAJEURE RELOADED in French,  German and Spanish.