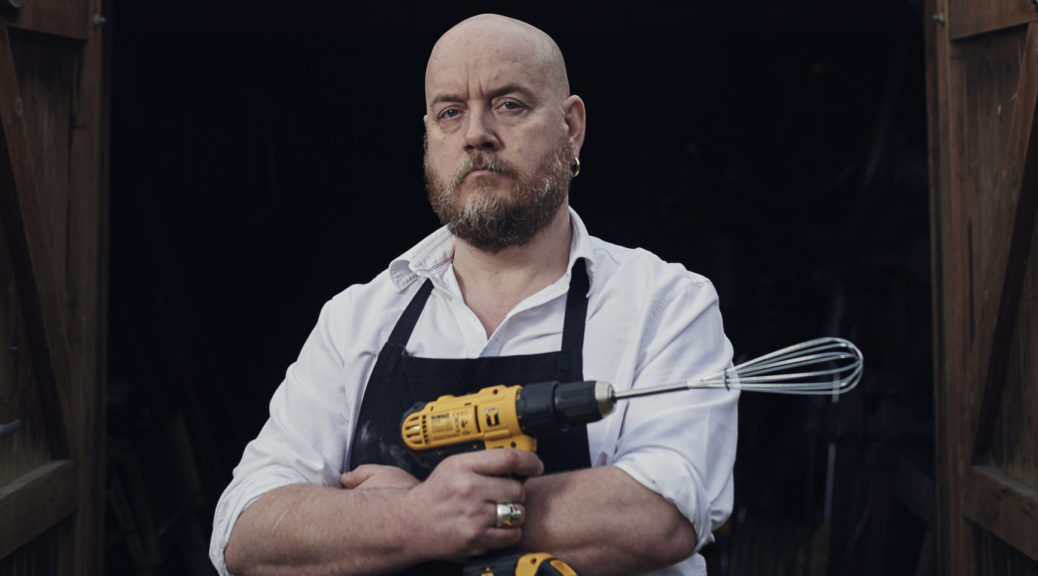 George Egg is a stand-up comedian who cooks food, surprisingly good food, live on stage using unconventional methods and unexpected equipment. He makes you laugh too.

In GEORGE EGG: DIY CHEF a health scare sees George banished from the family kitchen, but relocated to the garden shed his imagination and resourcefulness lead him to improvise there instead. During an inspiring and inventive deomnstration of stand-up, live cooking and comedy lecture George prepares breakfast, lunch and dinner using, amongst other things, a wallpaper stripper, a heat gun, a paper shredder and a whole host of other power tools, office equipment, hair-dressing appliances and gardening implements. And the audience gets to eat the food at the end.

George Egg: DIY Chef was a Total Sell Out at the 2017 Edinburgh Fringe Festival where it enjoyed a glut of rave reviews. His last show, and Edinburgh debut in 2015 (George Egg: Anarchist Cook) was also a total sell out. It won him the Spirit Of The Fringe Award and he toured the show extensively on a 60 plus date tour throughout the UK as well as abroad at festivals in New Zealand, Estonia, Norway and Holland. Sell out runs at the Soho Theatre and numerous festivals, arts centres and theatres lead to appearances cooking on BBC Radio 4’s ‘Loose Ends’ and Radio 4 Extra’s ‘The Comedy Club’.

“the wonderfully talented George Egg is genuinely unique”  The Independent

“trust us, you won’t believe how good the food is” The Scotsman