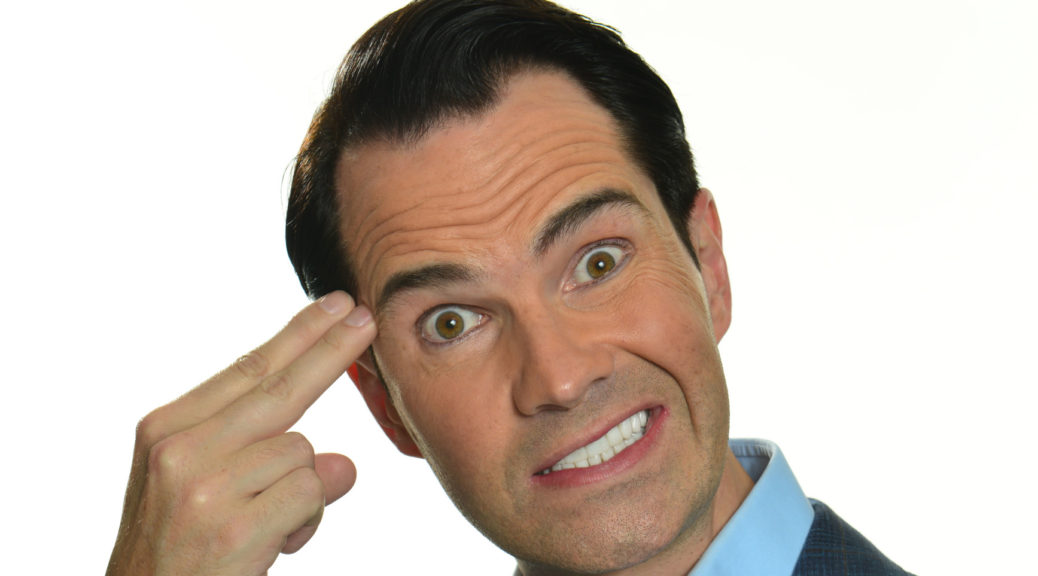 ‘A comedy hero for our times’
Guardian

Jimmy Carr is an award-winning comedian, writer and television host.

Among the most-respected and best-loved comedians working in Britain today, Jimmy is one of the biggest selling live acts in UK comedy, constantly performing to sell-out crowds across the country. His latest tour, Funny Business, will see him perform to over 200,000 people and features dates at some of the most iconic venues in the UK. Jimmy also tours internationally, performing in places such as Serbia, Sweden and Croatia.

His television credits include 18 series as host of panel show 8 Out Of 10 Cats, 10 years as host of Channel 4’s Big Fat Quiz Of The Year and three appearances on The Royal Variety Performance. He has also regularly appeared on shows such as QI and A League Of Their Own, was one of the stars of Channel 4’s 10 O’Clock Live and has been a guest on chat shows such as The Jonathan Ross Show, Graham Norton and Alan Carr: Chatty Man.

Jimmy has eight live DVD releases to his name including Live, Stand Up, Comedian, In Concert, Telling Jokes, Making People Laugh and Being Funny and has sold over 1.2 million copies to date. His previous tour show Gagging Order was filmed for DVD at the Hammersmith Apollo and in November 2013 Jimmy’s eighth DVD, Laughing & Joking, was released.

A household name in the UK, Jimmy is also a rising star in the US, where his profile continues to grow. Jimmy has performed two Comedy Central Specials and in May 2011 appeared on NBC’s Late Night with Conan O’Brien – his fifth appearance. Jimmy’s game show Distraction aired on Comedy Central and was subsequently repeated. He has also appeared four times on NBC’s flagship programme The Tonight Show. In March 2012, Jimmy performed in The Secret Policeman’s Ball at Radio City Hall in New York, transmitted live in the US on EPIX and again in the UK on Channel 4. Jimmy also performed at the Montreal Just for Laughs Comedy Festival for the eleventh time in July 2015.