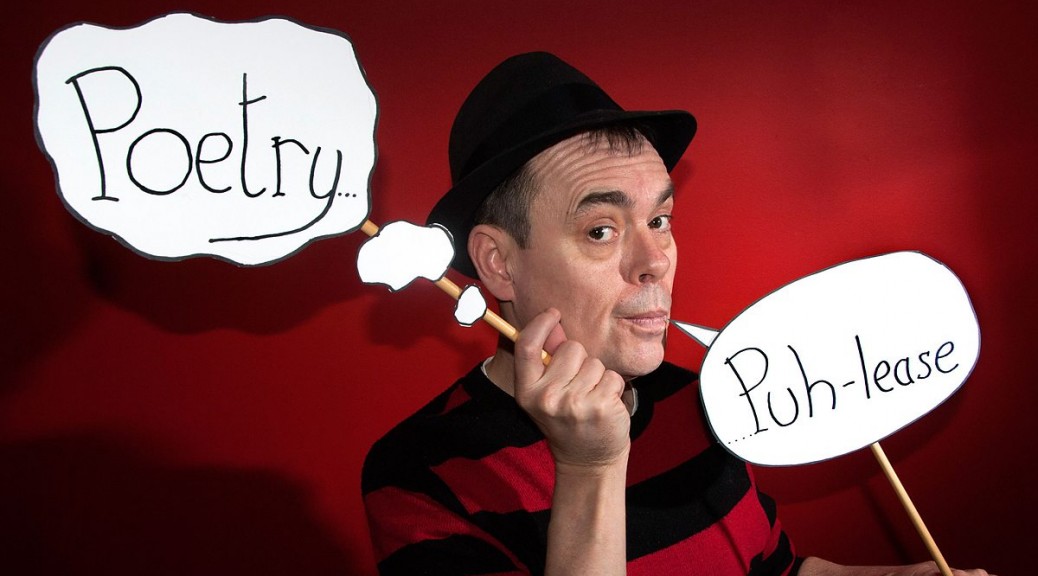 “The actor Kevin Eldon”, as he is occasionally referred to in self-mocking style, has been a reliable presence in both leading and supporting roles in many successful comedies over the last three decades. He started his career as a character based stand-up comic, his most famous and popular creation being political poet Paul Hamilton, before subsequently collaborating with many of the top names in British comedy and TV. Early work with Stewart Lee and Richard Herring (most notably playing dysfunctional hobbyist Simon Quinlack) led to subsequent successful collaborations with Julia Davies (as put-upon and not actually dead husband Terry in Nighty Night and more recently in Award winning Sky Atlantic series Hunderby), Armando Iannucci, Steve Coogan and Chris Morris.

He has appeared in almost every notable British comedy series in some form of another, including roles in Brass Eye, Smack the Pony, Spaced, Black Books, Saxondale, I’m Alan Partridge, Nighty Night, Green Wing, Nathan Barley, Harry and Paul and the seminal Big Train & Jam.

He has worked with Charlie Brooker for E4’s five part horror thriller Dead Set and more recently he was reunited with Charlie on How TV Ruined Your Life. He was also featured on the highly acclaimed series Stewart Lee’s Comedy Vehicle.

As well as being a brilliant collaborator, Kevin has also had huge success with his own solo projects. He created and starred in his own BBC2 sketch show It’s Kevin which was a critical success and has also made 2 series of his own Radio 4 sketch show Kevin Eldon Will See You Now.

Kevin’s versatile characterization of his roles lends itself well to the radio format, and he is a firm favourite on BBC Radio 4 as both himself and in dramatized roles.

As a film actor Kevin has had a wide range of success and his biggest achievement to date was having the opportunity to work alongside Martin Scorsese in the Oscar winning Hugo in a show stealing scene with Sacha Baron Cohen. Other credits Include Chris Morris’ BAFTA award winning Four Lions and the BAFTA nominated Arthur Christmas. Other film credits include Hot Fuzz and Tim Burton’s Charlie and the Chocolate Factory.

In August 2014, Kevin’s biography of his poet character Paul Hamilton was published by Faber and Faber. My Prefect Cousin [sic] is described as ‘the elusive story of this hapless poet whose work has been snubbed by the poetry community and publishers for years’.

Eldon will also be voicing the character Penfold in the eagerly awaited BBC revival of Danger Mouse alongside Alexander Armstrong and Dave Lamb. It will be aired on CBBC in 2015.