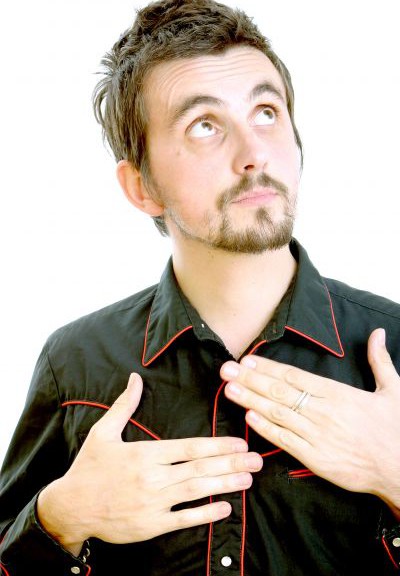 Markus Birdman is one of the leading comics on the UK and international live circuits. He regularly headlines The Comedy Store and has performed sell out solo shows at the Edinburgh Fringe, Adelaide Fringe, Melbourne Comedy Festival and New Zealand Comedy Festival. He has delighted audiences from China to Mumbai, and from Singapore to Sweden. He has appeared on BBC Radio 4, BBC Radio 5Live, BBC Radio Scotland & Wales and on BBC and ITV television shows in the UK as well as regular appearances on Paramount Comedy Central and Live at the Comedy Store.  He has filmed comedy specials for Scandinavian TV (Kanal 5), and another in The Netherlands (Vara TV), which is now available on Netflix.He’s even baked a pie on Good Morning New Zealand (which is very nearly a comedy channel).

He is also a graphic artist and has become known for his unique hand drawn backdrops and prints used on stage for his solo shows. His handy work can also been seen in The Classic Bar – an incredible mural completed in 2014.

“Birdman is the all-round package; witty, controversial, hip, topical and silly. A master of timing and physical comedy, he made me laugh so hard it hurt” BBC