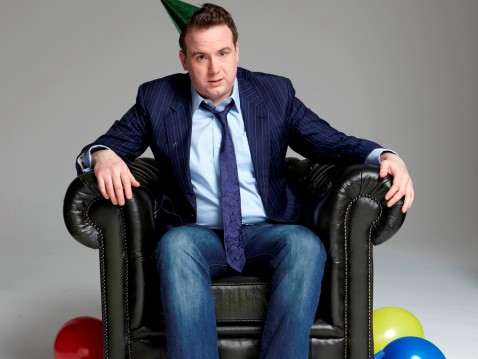 He was a semi-finalist in the So You Think You’re Funny? 2002, the Daily Telegraph New Act 2002, the Wilkinson Sword Cutting Edge Awards 2002 and the BBC New Comedy Awards 2001.

He regularly broadcasts with Russell Howard and Jon Richardson on their shows on BBC Radio 6 (2007–2010). He writes for such shows as 8 Out of 10 Cats (Channel 4), Stand Up for the Week (Channel 4) and Russell Howard’s Good News(BBC). He has made several television appearances, including The 50 Funniest Moments of 2012, 8 Out of 10 Cats Does Deal or No Deal and 8 out of 10 Cats (2013), and makes regular appearances on Sky News reviewing the papers. He also hosts his own overnight show on TalkSport.

He attends the Edinburgh Comedy Fringe Festival regularly and in 2007 and 2008 hosted comedians such as Michael McIntyre, Russell Howard, Jon Richardson, Mark Olver and Johnny Vegas. He performed his first solo stand-up show at the Edinburgh Fringe in August 2011. The Edinburgh Fringe show Forde performed throughout August 2012, Matt Forde: Eyes to the Right, Nose to the Left, was based on his love of politics from a football fan’s point of view. He currently hosts a show in London titled “The Political Party”, which has attracted sell-out crowds and guests such as George Galloway and Nigel Farage.