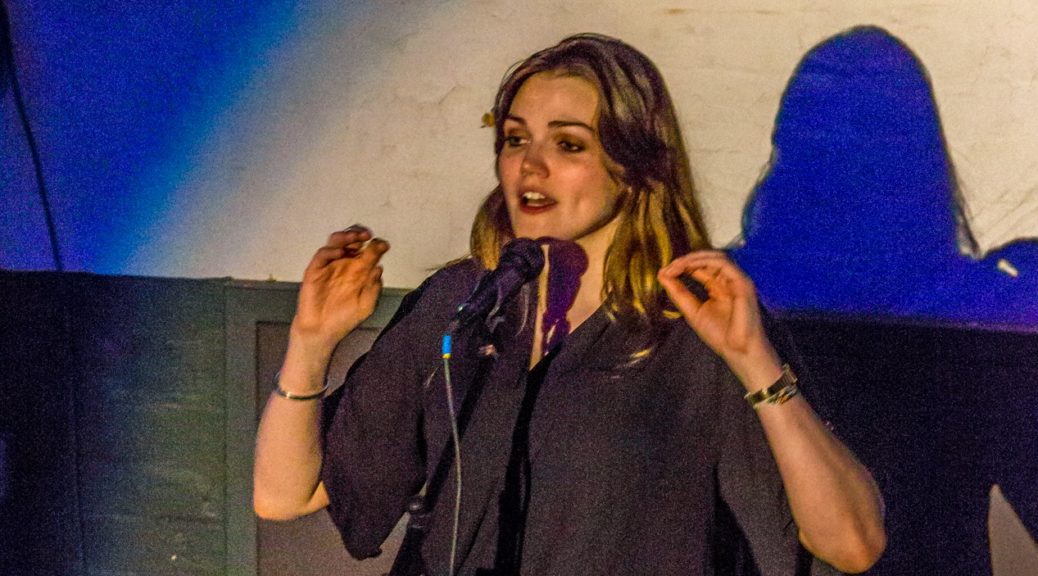 Naomi has performed extensively onstage at venues such as the Trafalgar Studios, the West Yorkshire Playhouse, the Leicester Square Theatre, and at acclaimed fringe venues including the Old Red Lion and the White Bear.

As a comedian Naomi has performed across the UK, from Plymouth to Edinburgh and Belfast, and has also gigged in the Netherlands, Hungary, Austria, Romania, Ireland and America.

Naomi was the first female finalist of C Venue’s Improvaganza at the Edinburgh Festival in 2009. She is a founding company member of improv troupe ImproBabble who had a residency with the Leicester Square Theatre from 2010 through to the end of 2012.

She is a regular on the UK stand-up circuit and presented her first solo show That’s Probably Enough at the Leicester Square Theatre in July 2014.

Naomi regularly blogs for the Huffington Post, and links to her pieces can be found under the ‘writing’ tab above.

In December 2017, Naomi opened for Jeff Garlin for the entirety of his sold-out extended run at the Soho Theatre.

In 2018 Naomi performed at the Utrecht International Comedy Festival in Holland and was part of Just the Tonic’s Big Value showcase at the Edinburgh Festival. In October she opened for Jeff Garlin at the Improv in Hollywood and the Laugh Factory in Long Beach, California.

​She is currently working on her debut hour, Bitch You Don’t Even Naomi, which will be at the Leicester Comedy Festival in 2019.