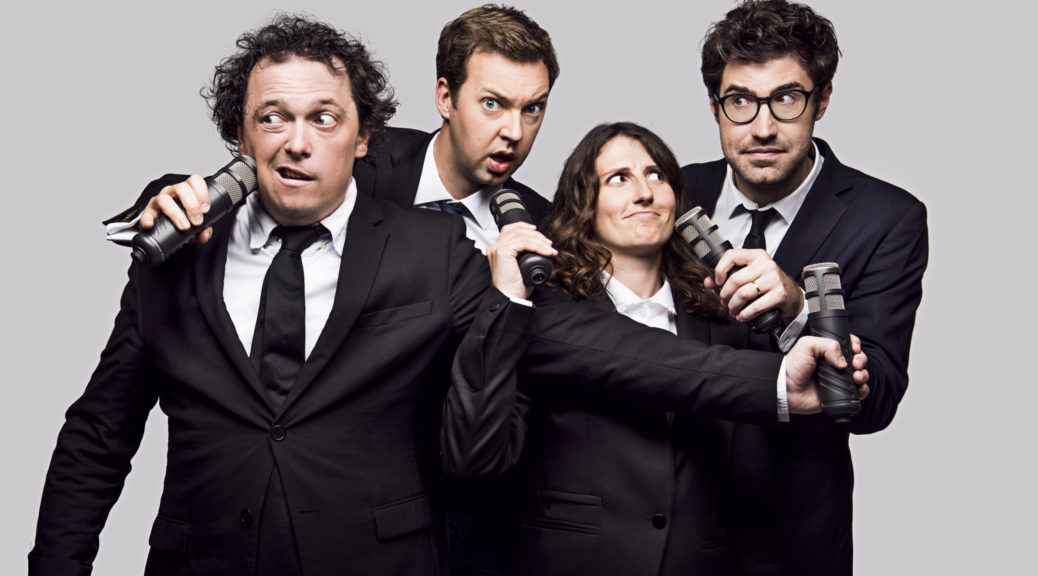 Using a love of knowledge to extraordinarily funny effect, No Such Thing As A
Fish has become a much-loved and much-acclaimed international phenomenon, with fans including Tim Minchin and Lieven Scheire.

This award-winning podcast gets 1.5 million downloads a week. Following its launch in 2014 it was hailed by Apple as that year’s “Best New Podcast”, and it was namedone of iTunes’s top ten most downloaded podcasts of both 2016 and 2017. No Such Thing As A Fish has been transformed into the spin-off topical BBC2 TV series No Such Thing As The News, and spawned the Amazon Top 10 Bestselling Book of the Year 2017, published by Penguin.

The Fishes – AKA Dan Schreiber, Andrew Hunter Murray, Anna Ptaszynski and James Harkin – stumbled upon the show’s concept while working together asresearchers on top-rated BBC quiz show, QI. Schreiber noted that the podcast “came about because too many facts in the QI office kept going to waste. We decided to gather round a microphone once a week and share our favourite facts we’d found that week.”

Now transformed into a stage show, No Such Thing As A Fish – Live takes the most bizarre, extraordinary and hilarious facts known to man on tour. Already the Fishes have performed to sell-out crowds all over the world, from London’s West End to theSydney Opera House.