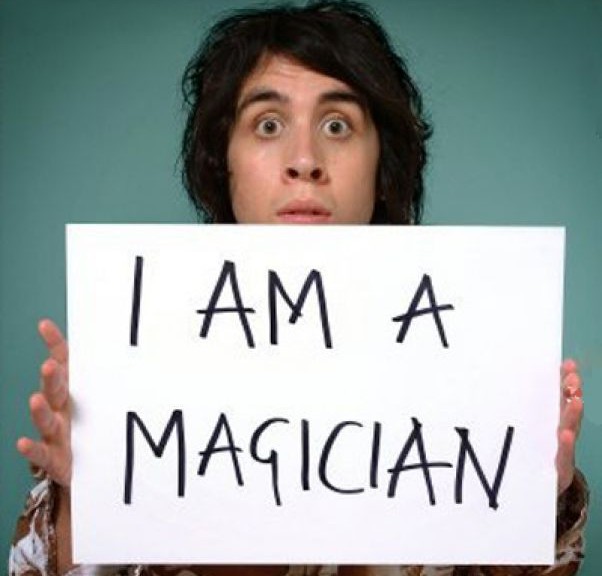 Pete Firman first burst onto our television screens as cheeky Northerner ‘Tufty’ in FIVE’s hit show ‘Monkey Magic’. Since then he has traveled the world meeting his magic heroes and performing his own brand of anarchic magic in Sky One’s ‘The Secret World Of Magic’ and amazed viewers with his ability to perform disgusting tricks with animals, cigarettes and big spiky things in Channel 4’s ‘Dirty Tricks’.

He is recognized as the U.K’s leading comedian/magician. Guest television appearances include BBC2’s ‘The Culture Show’, ITV1’s ‘Saturday Live Again!’ with Ben Elton, helping Justin Lee Collins become a conjuror on Channel 4’s ‘The Convention Crasher’ and also performing alongside Rihanna in ITV1’s ‘For One Night Only’.

In 2007 Pete performed his debut solo show, ‘Hokum’ at Edinburgh’s Fringe Festival to critical acclaim. He has since taken 3 more one-man shows to the festival, ‘Flim-Flam’, ‘The Pete Firman Magic Show’ and ‘Jokes & Tricks’. Click on the posters to read what the press had to say.

His impressive debut show success led to Pete being invited to perform at the prestigious ‘2008 Just For Laughs Comedy Festival’ in Montreal, where he headlined the British comedy showcase ‘Britcom’ and performed in the festival’s televised gala.

Pete has toured the UK twice with his own show, in 2008 with ‘Flim-Flam’ and with ‘Jokes & Tricks’ in 2010. Sold out shows from Inverness to Dartmouth made them a resounding success.

Pete is also a published author and 2006 saw the release of his first book for the public, ‘Tricks To Freak Out Your Friends’. So successful was it in the UK it was also released in the USA and is about to go into its second printing.