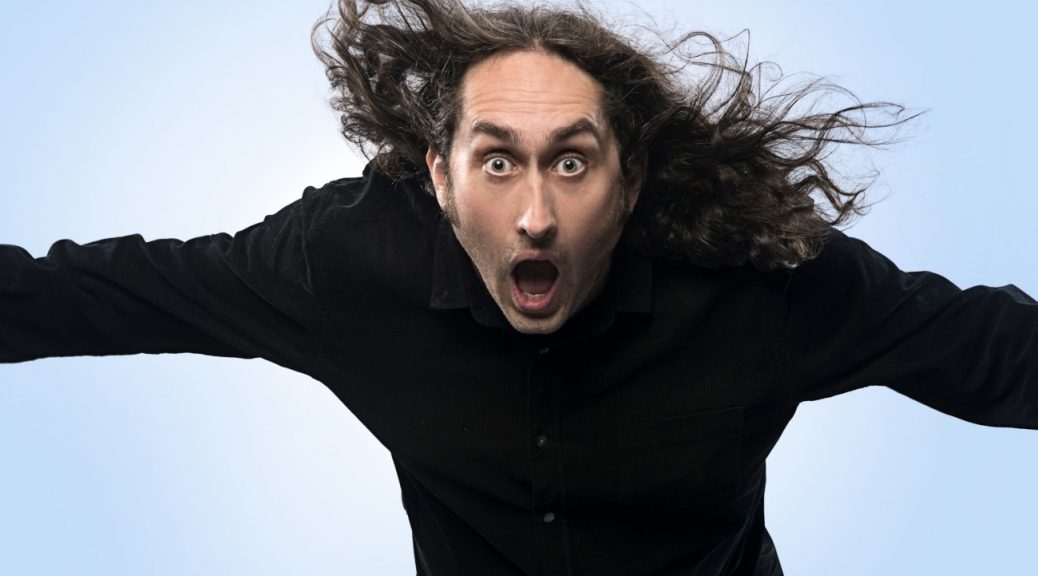 Geordie Stand-Up Ross has been performing since he was smuggled in to his local comedy club at the age of 15. Licensing laws meant that immediately after his slot he had to leave through the kitchen – but he has never looked back.

In the years since, Ross has become known as a truly exciting and genuinely original performer and has received huge critical acclaim. He is a former Perrier Award nominee, Barry Award, and Time Out award winner for best live stand-up, and has won a shed load of other prestigious awards and nominations.

Each year and each show has seen Noble’s live following grow to the point where he has been the best-selling show at both the Edinburgh Festival and Melbourne International Comedy Festival on more than one occasion. His shows have transferred to London and Sydney each year since 2003 and venues have grown in size to accommodate his ever-growing audience.

Ross Noble is now perhaps the most successful cult comedian of our time, with a loyal fanbase derived largely from the ‘word-of-mouth’ recommendations of those having seen him perform live.

Ross chooses to rarely be seen on TV and rejects most offers, essentially because he is always touring, which he prefers to the idea of any scripted performances. Exceptions over the past years include (in Australia) ‘Thank God You’re Here’, ‘Rove Live‘, ‘The Panel‘, and ‘Spicks and Specks’ and (in the UK) on ‘Friday Night With Jonathan Ross‘, ‘Room 101’, and ‘Jack Dee Live at the Apollo.’  In spring 2007 Ross featured in Channel 4 Televisions ‘Worlds 100 Greatest Stand-Up’s’ with the audience vote placing Ross 10th.