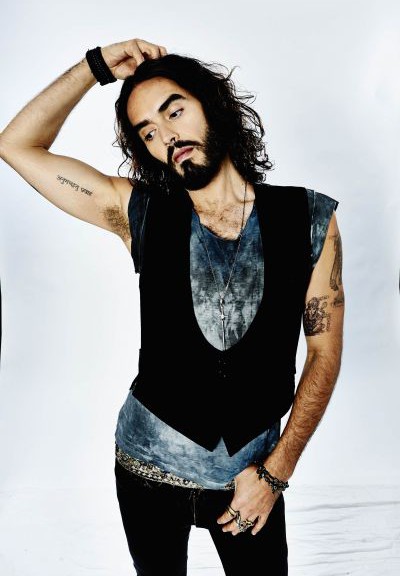 Beginning his career as a stand-up comedian, Brand rose to fame in the UK for his “Big Brother” spin-off, “Big Brother’s Big Mouth.” He launched his first nationwide tour, Shame (Russell Brand: Live for DVD), in 2006 and followed it up with his second nationwide tour Russell Brand: Only Joking (Russell Brand: Doin’ Life for DVD) in 2007. Russell Brand shot to fame in the US in 2008 when he was seen as rocker ‘Aldous Snow’ in the Judd Apatow produced comedies Forgetting Sarah Marshall and Get Him to the Greek. He brought his stand-up tour, Russell Brand: Scandalous, to the US in 2009. Brand was recently seen as the host of his own late night talk show, “Brand X” and can soon be seen in Diablo Cody’s directorial debut Paradise. Brand’s other film credits include Rock of Ages, Arthur, Bedtime Stories and The Tempest. Also an acclaimed author, Brand has written two books, “My Booky Wook: A Memoir of Sex, Drugs and Stand-Up” which was on The New York Times best-seller list for five weeks in a row, and the follow up, “Booky Wook 2: This Time It’s Personal.” Messiah Complex has already sold out across the USA, the UK and Europe and now comes to Switzerland in February 2014.