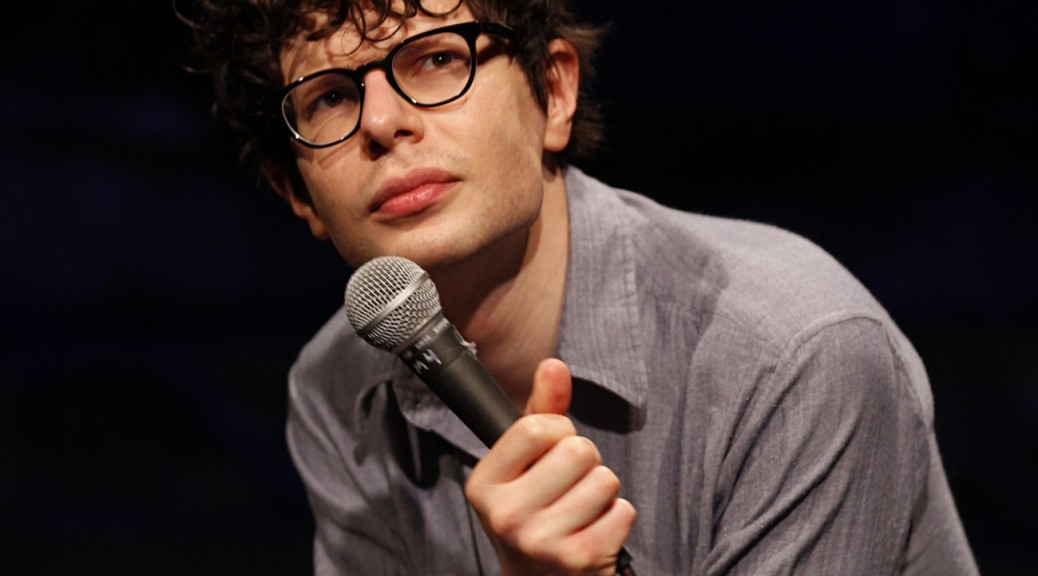 Simon Amstell became a household name as the presenter of Popworld – Channel 4’s weekly pop programme. He was the host of Never Mind The Buzzcocks on BBC2 for four series from 2006-2009.

Simon started his presenting career on Nickelodeon. Then came Popworld which Simon co-hosted with Miquita Oliver from January 2000 until March 2006.

In his youth, Amstell was the youngest finalist of the BBC New Comedy Awards. Simon performs regularly on the stand-up circuit and hosted his own talk show at the Pleasance during 2005’s Edinburgh Fringe Festival. He returned with his first pure stand-up show in 2006 gaining fantastic reviews and adding extra shows to his sold out run. In August 2007 in performed a complete sell-out season in Pleasance One and adding extra show at the Pleasance Grand. He has also performed at the Brighton Comedy Festival and appeared in his first West End show at the Haymarket Theatre. In 2009 he appeared at the Just For Laughs Festival in Montreal, the Edinburgh Fringe Festival and completed a national stand-up tour. In May 2010 he recorded Do Nothing at Vicar Street in Dublin which is now available in shops.

Grandma’s House was a new comedy for BBC2 broadcast last year to critical success. Written by Simon and long term collaborator Dan Swimer, the series stars Simon Amstell playing a version of himself; a television presenter searching for something more meaningful to do with his life. Produced by Ben Cavey and Directed by Christine Gernon

“The real deal. where philosophy collides with anxiety: where Heidegger meets Woody Allen” – The Guardian

“One of the most elegant, articulate, sensitive and endearing proponents of ‘Soul Comedy’ that there is” – The Scotsman

‘As close as you can get to a man emotionally and philosophically disembowelling himself on stage.’ The Sunday Times

‘His showily neurotic but deliberately dry demeanour melding neatly into the existentialist…Amstell has intelligently got the audience to see the world his own way’. Metro

‘Amstell…offers a probing cerebral show… He speaks for a disconnected, disengaged chunk of Britain, sitting in their own trendily furnished boxes waiting for the world- or some meaningful cause – to come bursting through their door. It
doesn’t.’ The Independent

‘Simultaneously challenging and playful, delivered with a wonderful sharp mind. It all points to an intelligent comic who is becoming better almost by the day.’ Chortle