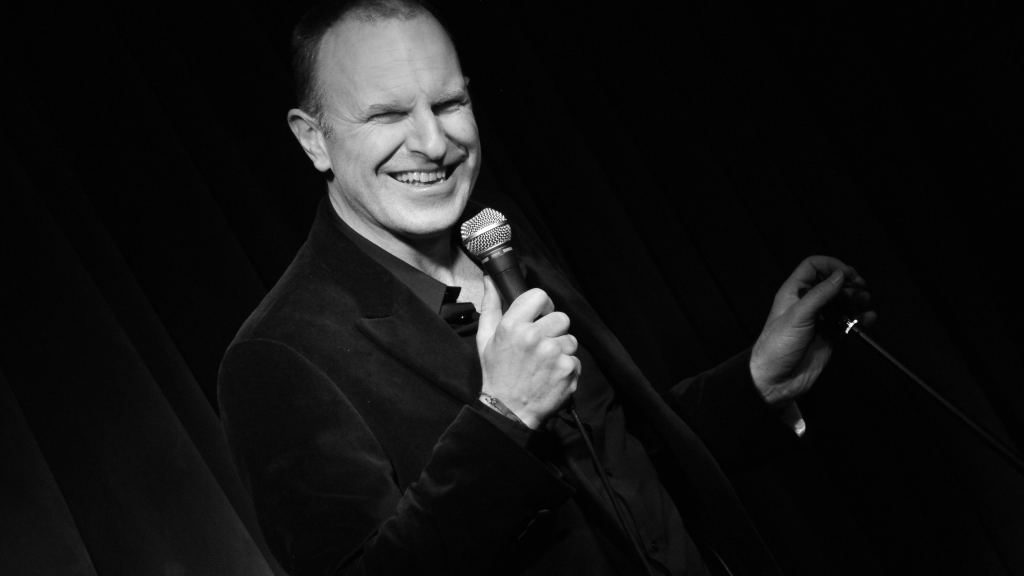 Hugely popular both in comedy clubs and on the after-dinner and corporate circuit, Evans excels in routines that are adult in the best sense of the word, prompting reviewers to describe him as “Demonically dry” –  Dominic Maxwell, Metro – and “Sublime!” – William Cook, The Guardian.

Evans is well respected by his peers. He’s the writer of choice for Dara O Briain, Sean Lock, Jimmy Carr, Marcus Brigstocke and Lee Mack among others. He is a familiar voice on BBC Radio 4 as a regular on The News Quiz, The Unbelievable Truth and Armando Iannucci’s Charm Offensive. Evans has anchored and written seven series of the news satire The Way It Is. He’s also laboured bravely in the face of ultimately overwhelming opposition as part of the Comedians’ team on University Challenge – The Professionals.

As well as the usual comedy clubs and festivals, Evans has focused on making in-roads into the sports and fundraising after-dinner speaking circuit and corporate events. He performs regularly for organisations such as the Variety Club and the Lord’s Taverners and bookers such as JLA, David Trick and Roger de Courcey. His style of comedy, his ability to perform an entirely clean set without compromising on the laughs (but also to ‘strengthe’’ the language when appropriate, without descending into vulgarity) and his relative maturity and reference points have made him a great hit with audiences perhaps tired of hearing the same old jokes from some of the more mainstream comedians.

Notwithstanding the stand up comedy shows (too numerous to detail), a pre-comedy appearance on The Krypton Factor (1994), commercials for Strongbow cider and losing on University Challenge (2007), you could say Simon’s done quite a bit on TV and radio.