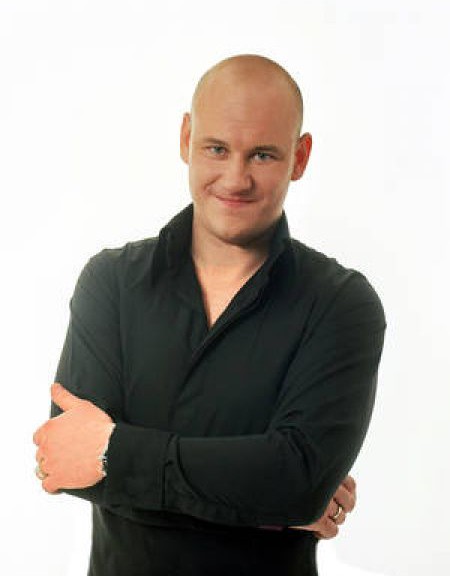 Peeking inside the Technicolor mind of one of Britain’s finest comic talents and you will find him desperately doing battle with “The Voices”, two unpredictable and hilarious Voices in Terry’s Head. Though often a challenge to Terry these two different sides of his ego/conscience often lead him into unpredictable comedy routines. No two shows are ever the same!
Terry is one of the most exciting comedians around regularly performing all over the globe. In the last year alone he has played the Melbourne Australia Comedy Festival, New Zealand Comedy Festival, India and Edinburgh Comedy Festival. Terry has been Perrier nominated in Edinburgh and recently won the 3 Weeks Critics award as well as Best International Act at the New Zealand Comedy Festival. This frequent traveling has meant performing alongside some of comedy’s biggest stars. Michael McIntyre has found Terry as a source of inspiration. He has recently worked with Joan Rivers who became an instant fan and Eddie Izzard who proclaimed him to be a ‘very funny comic with a fantastic comedy mind’, but someone who really ought to seek some sort of professional help.
Terry starred in The BBC’s Michael McIntyre Comedy Road Show, SKY One’s The Match 2004, a regular fire fighter in ITV1’s London Burning in 2002, and also hosted in his own radio show, ‘Terry’s Turnstiles’ on London’s Capital Radio FM. Terry also hosted the BBC’s National Lottery, ‘Red Alert’, with Lulu for the BBC Joy of Text(BBC1) Winning World Cup Tickets(ITV1) It Shouldn’t Be On TV (Sky1) Bleeding Thumbs(BBC2) Game Stars(ITV1).