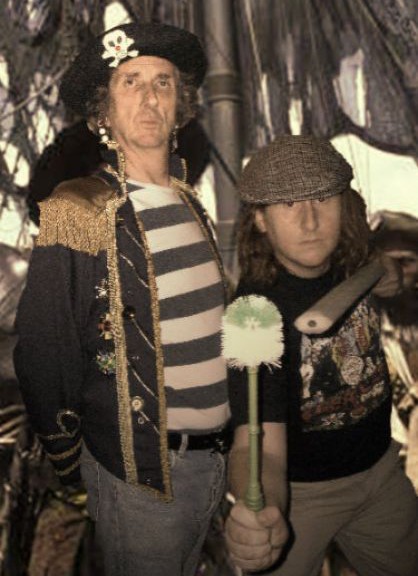 The Provocateers.. ~ Steve Bowditch and Paul The Poet ~.. host a revolutionary, back-to-basics Open Mic night in South East London’s comedy heartland of Greenwich called “The Friday Mic” which, spookily enough, is on a Friday night. Steve was one of the original comics and protagonists at the the birth of ‘alternative’ comedy in the early 1980’s, an original member of the infamous “Greatest Show On Legs” and their world famous Balloon Dance and is a regular support to Harry Hill on his tours and Paul the Poet is a member of ‘we should get a boat’, compere of friday mic @ the star & garter, poet & author of “the daily provocateer”. His word-smithery is honed on a daily basis at the Acadmey of The Royal Albert in Deptford. Except on Fridays of course.