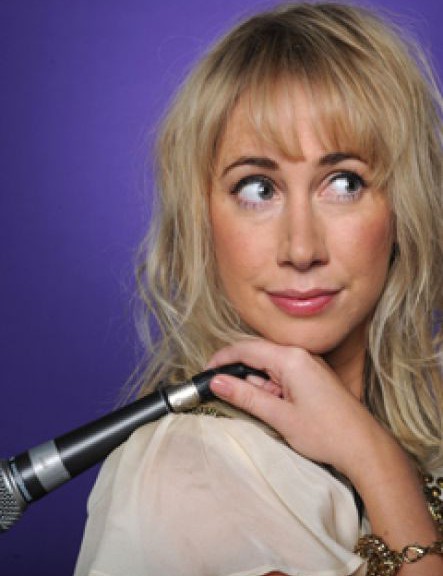 Before starting stand up in 2005 Tiffany had already worked with some of comedy’s glitterati like Ricky Gervais in The Office, John Bird in Chambers and Stephen Fry in Absolute Power. Something must have rubbed off from them, as it wasn’t long before Tiffany was making waves herself.
From the Comedy Store to Glastonbury Tiffany has since made her presence felt on the club and festival scene and in 2006 she made her entrance on to the hallowed comedy turf of the Edinburgh Fringe Festival in Talk Radio directed by Stewart Lee. The critically acclaimed show was ranked first in The Independent’s “Things to do in the summer”, The Telegraph’s Serena Davies called it “a very enjoyable hour” and the Financial Times’ four star review described it as an “excellent” production.
The following year Tiffany, and Talk Radio co-star Phil Nichol, brought their sell out London comedy night Old Rope to the Fringe thereby building the profile of the new material show and helping to make it one of the most eagerly anticipated fixtures of the comedy circuit.