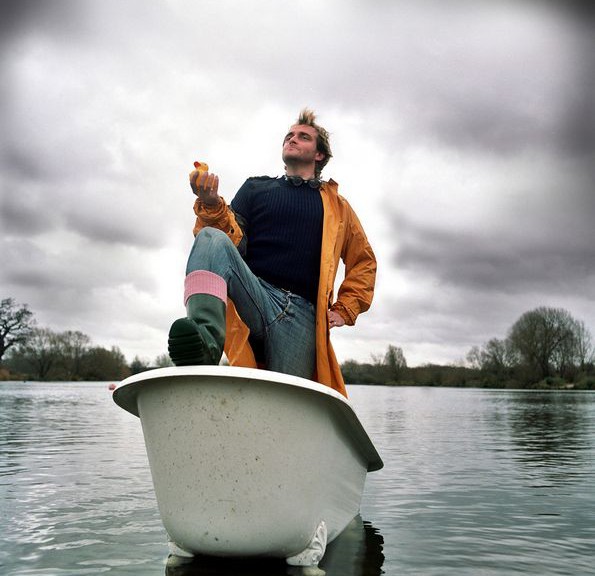 FitzHigham began telling funny stories in a rum shop in the West Indies while working as a pig farmer, this may have been the beginnings of his work as a stand-up comedian. Back in the UK in 1999, he performed at the Edinburgh Festival Fringe with James Carey and Jonny Saunders in “Infinite Number of Monkeys – Sketch Comedy of Hypotheticals”, where he was nominated for the Perrier Comedy Award (now the Edinburgh Comedy Award) for best newcomer. In 2000 he established Infinite Number of Monkeys as a production company and in the same year won a Spirit of the Fringe Award. His live shows, with topics ranging from the Karma Sutra to sailing a bath across the English Channel to Morris Dancing, have been made Critic’s Choice in various newspapers, including The Times, The Sunday Times, The Daily Telegraph, The Independent, The Guardian, The Observer, The Scotsman, Scotland on Sunday, The Evening Standard, Time Out and Metro.
The shows he has performed include Don Quixote, in which he attempted to live like a medieval knight errant in celebration of the 400th anniversary of the publication of the novel Don Quixote. When he appeared as a guest on BBC Radio 4’s The Museum of Curiosity, he donated the novel Don Quixote to the museum. Eventually it was decided that Don Quixote would be better suited as the security guard on the museum steps where he could do less damage.
In 2011, he was nominated for the Malcolm Hardee Cunning Stunt Award at the Edinburgh Festival Fringe.