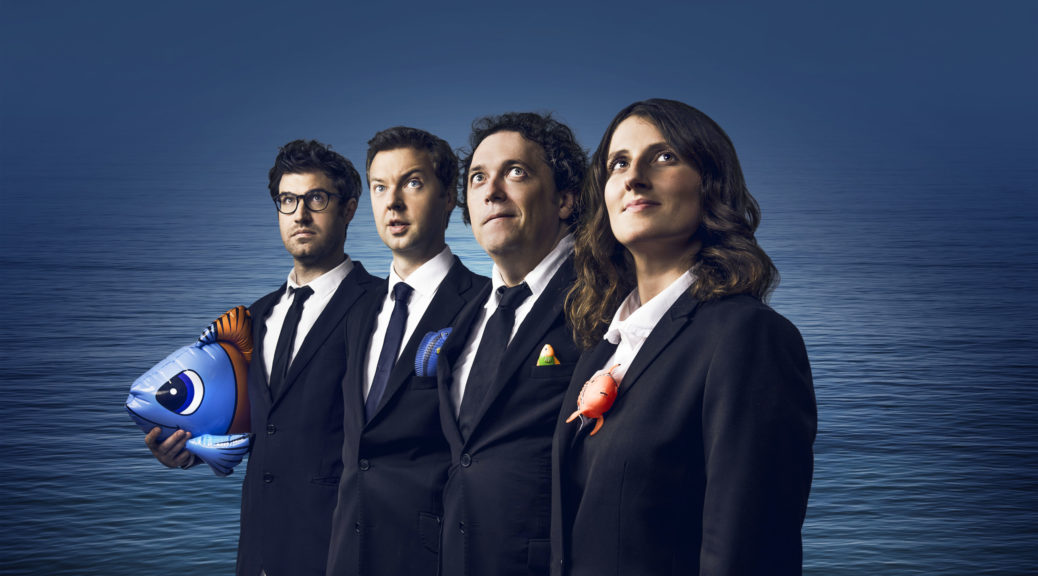 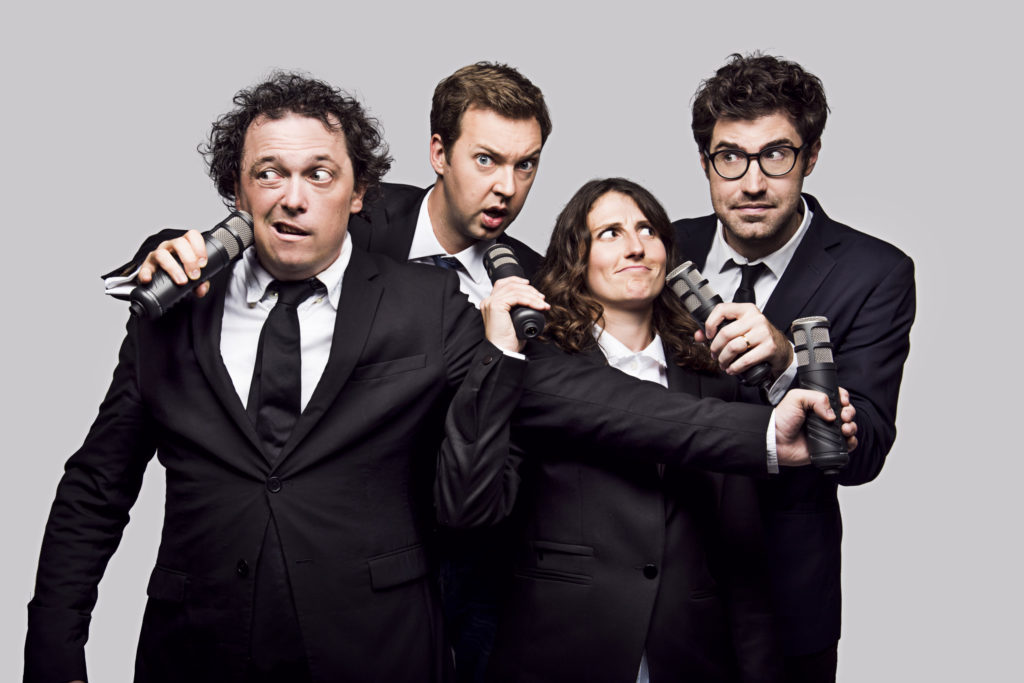 No Such Thing As A Fish

The team behind multiple award-winning podcast No Such Thing As A Fish are hitting the road again in May this year, with their brand new show, ‘In No Particular Order’. And this time, Dan, James, Anna and Andy will be taking their fact-filled tomfoolery to Europe.

Now in its fifth year, No Such Thing As A Fish is at the forefront of the British podcast scene. The team have performed live across the world – including selling out the Sydney Opera House in 2018 – as well as writing two books, making two series of the hit BBC Two show No Such Thing As The News and releasing a podcast exclusively on vinyl in a fruitless attempt to be on trend.

The shows will feature a performance of a live, un-edited and unscripted podcast, as well as a brand new first half in which the team will talk about themost extraordinary, bizarre and hilarious things they’ve come across in themonths since the last tour. There will be facts, jokes and tall tales about octopusgenitals, Charles Darwin’s bassoon, and potentially everything in-between.

No Such Thing as a Fish said:
‘We’ve always wanted to tour in mainland Europe, so we’re really excited to befinally doing it. We get a lot of messages and support from our Europeanlisteners and can’t wait to meet them in person and spread our plague of nerderyfar and wide across the continent!’

For anyone with a thirst for knowledge, a taste for puns, and a need for some belly-laughs, this is an unmissable show

‘Knowledge-packed and riotously funny’ The Times

‘Fascinating, fun learning on everything from history to biology and culture’ New York Times

‘Brilliant and funny… Educational as well as entertaining. A rare but valuable combination’ Huffington Post